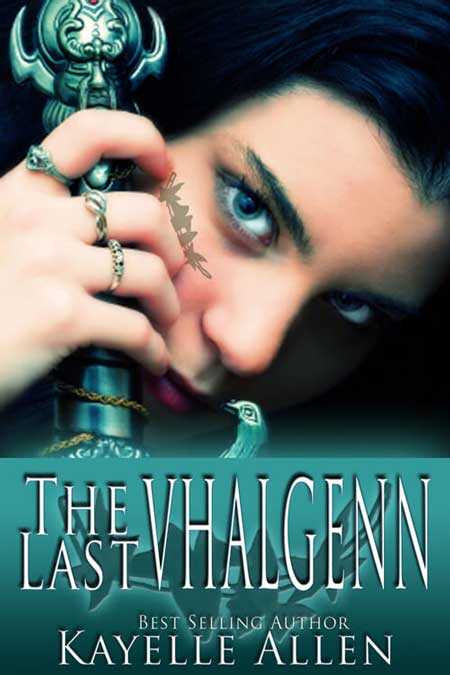 The Last Vhalgenn is the first of a new series set in the Colonies of Man, by Kayelle Allen.
The sequel  — Return of the Vhalgenn — coming soon

Duty to king and country has shaped Raik’s life since birth, but to protect them, she must betray all she holds sacred.

The Vhalgenn is a warrior, bedmate, soulmate, companion, and friend. Trusted by the king. Hated by the queen. To save the newborn prince, the Vhalgenn will risk her position, her honor, and death itself to appease the faerii, and honor the Old Ways. But when she takes the newborn prince to the queen’s homeland for a ritual blessing, she discovers a betrayal so deep the kingdom — and her heart — might never recover.

In 2008, the Last Vhalgenn finaled for a Fantasy EPIC eBook Award (then called EPPIE) in the anthology A Time To… Volume 1 – The Best of The Lorelei Signal 2006, from Wolfsinger Publications. That version is now out of print.